location_on
Vabamu. Toompea 8, Tallinn
View on the map
access_time
Wed–Sun 11 a.m. – 6 p.m.
Opening hours
11 € / 7 €
Tickets
The exhibition ‘Freedom Without Borders’, which speaks of occupation, resistance, freedom, and recovery consists of five parts: crimes against humanity, Estonians in the free world, life in Soviet Estonia, the restoration of independence, and freedom.

Inhumanity looks back at the moments in our recent history when a general lack of humanity stifled the people living here.

The items and visuals in Exile tell the story of Estonians across borders, in exile.

The section of the exhibition focusing on Soviet Estonia is divided into two parts. First, we consider the introduction of the Soviet regime and individuals faced with ideological choices. The second major theme addresses the cultural peculiarities and characteristics of everyday life in the Soviet Union.

The floor housing Recovery focuses on the period of the Singing Revolution and the restoration of independence spanning from the Phosphorite War of 1987 to Estonia’s accession to the European Union in 2004. The exhibition centres around eight people who are not mentioned in the annals of history.

The portion on Freedom examines freedom as a state of tension, in which balance must be struck somewhere between freedoms and responsibilities.

The creation of the new permanent exhibition involved both in-house and outside specialists. The curator of the theme on crimes against humanity is Sander Jürisson. Escape from the Second World War and the life of Estonians in exile is unveiled by the University of Tallinn doctoral student and junior researcher Maarja Merivoo-Parro. The curator of the Soviet life portion of the exhibition is Tallinn University lecturer Uku Lember, PhD. The section on the restoration of independence was prepared by Oxford University postdoctoral researcher Aro Velmet, PhD. The subject matter for the section focusing on freedom was co-created by communications expert Daniel Vaarik and artist Kaido Ole.  The musical interior of the courtyard was created by the musician Taavi Tulev.


An e-tour guide leads the journey

En route through the museum, the visitor is accompanied by an e-tour guide specially designed for our permanent exhibition, which guides the visitor on a gripping and contemplative journey through the paths of recent history.
We offer e-tour guides in seven languages (Estonian, Russian, English, Finnish, German, French, Spanish). Guide texts were created by dramatist Eero Epner.


Visiting the museum with children

The museum has a special exhibition targeted at children, which provides memorable activities and excitement for the whole family. We will recount gripping stories for different age groups. In preparing the exhibits for children, we received assistance from Tallinn University doctoral student Sireli Uusmaa.

The family level was awarded with the title of Promoter of Museum Education in the Estonian Annual Museum Awards in 2019. 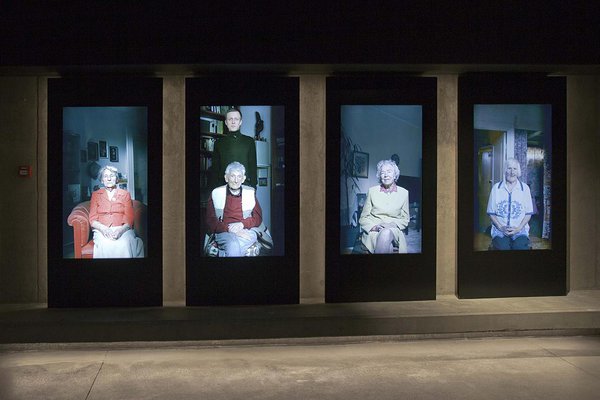 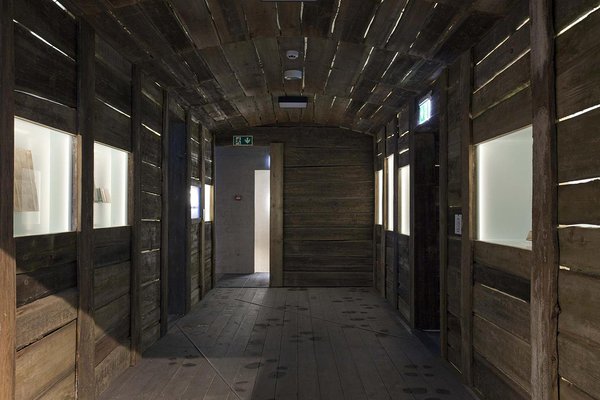 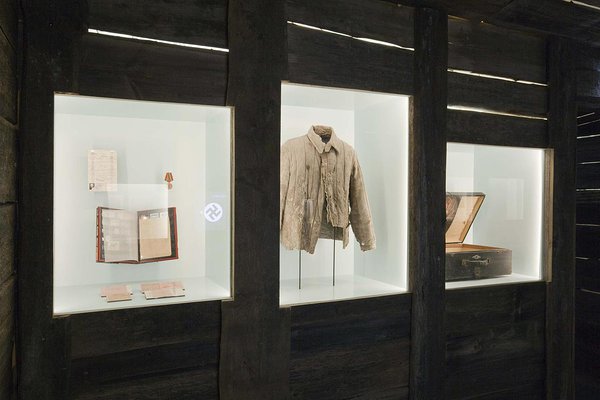 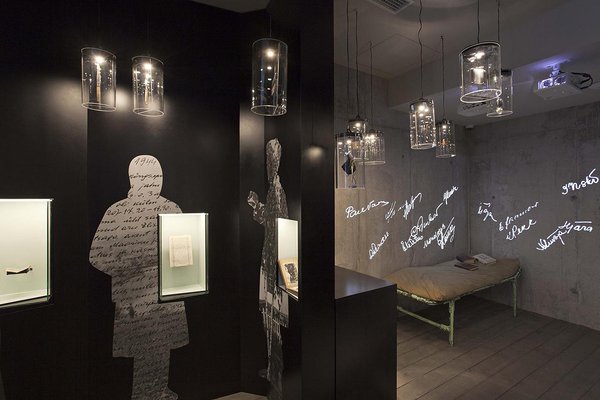 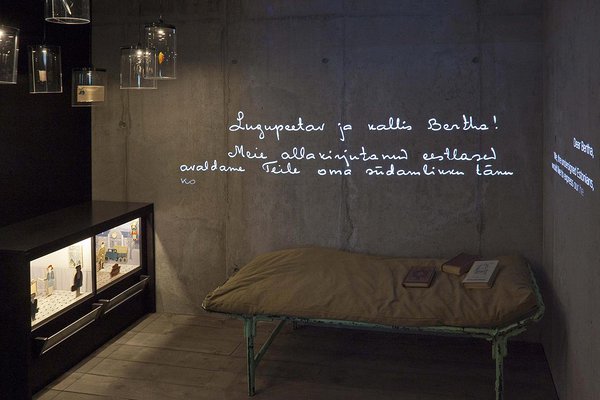 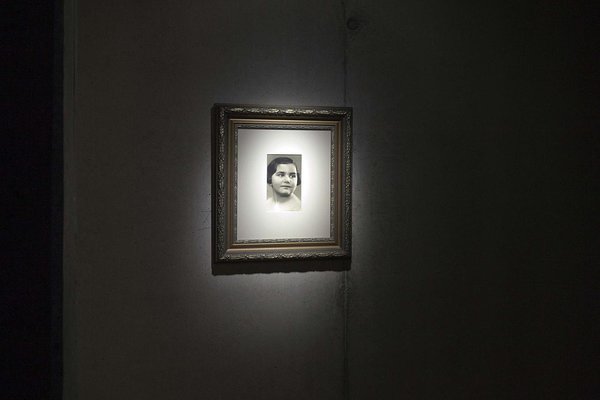 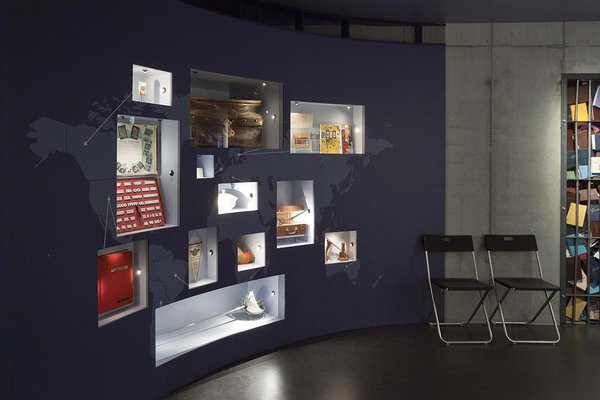 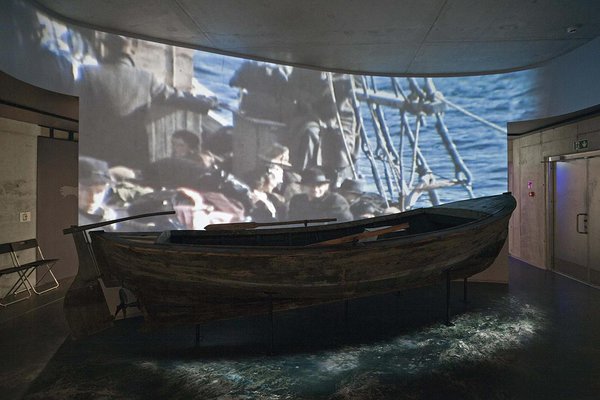 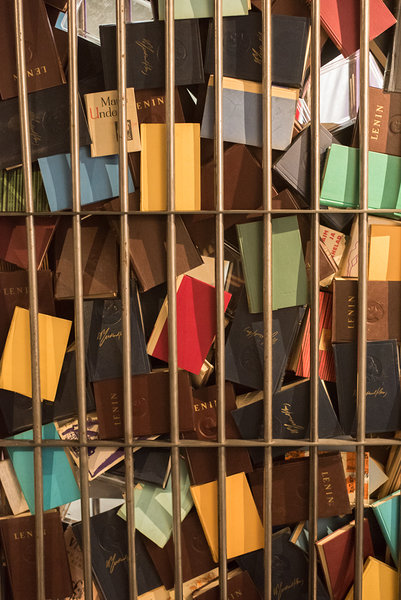 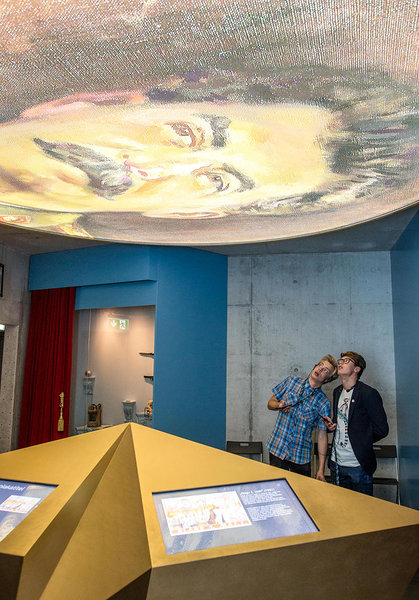 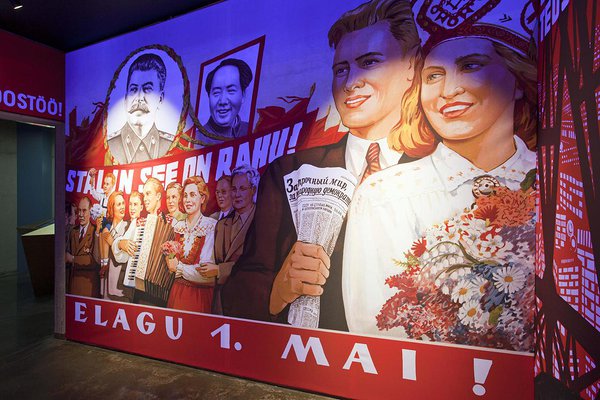 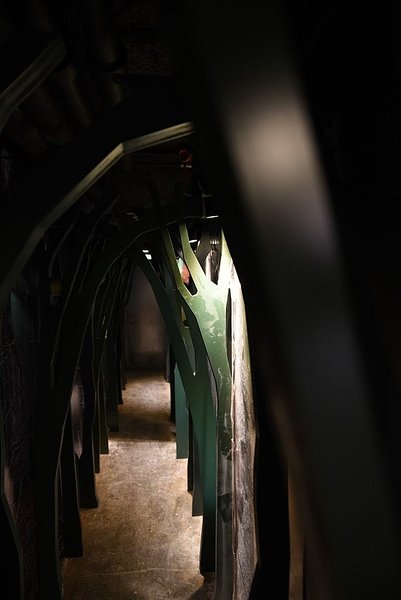 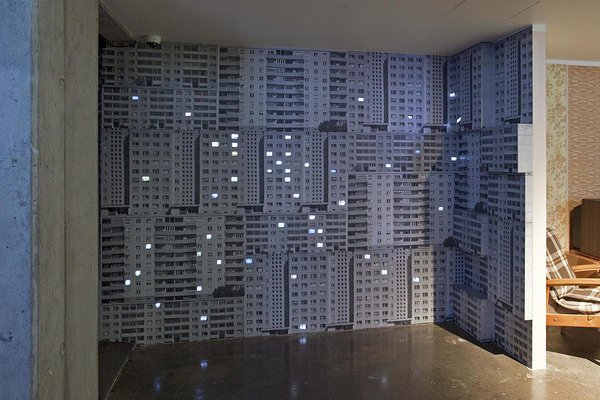 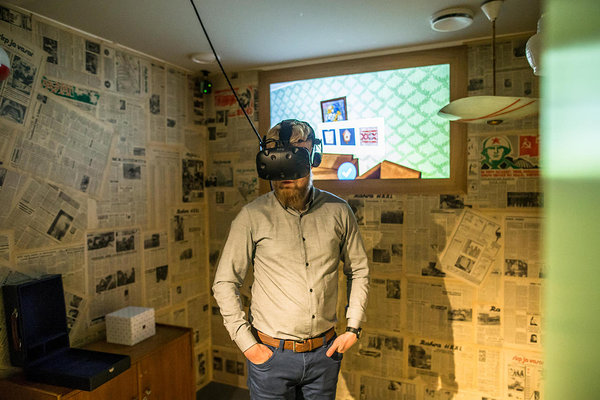 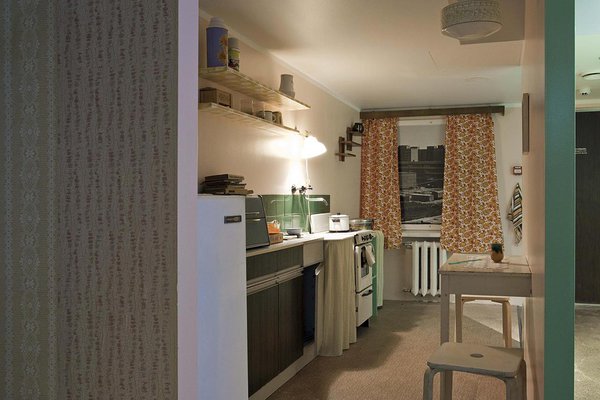 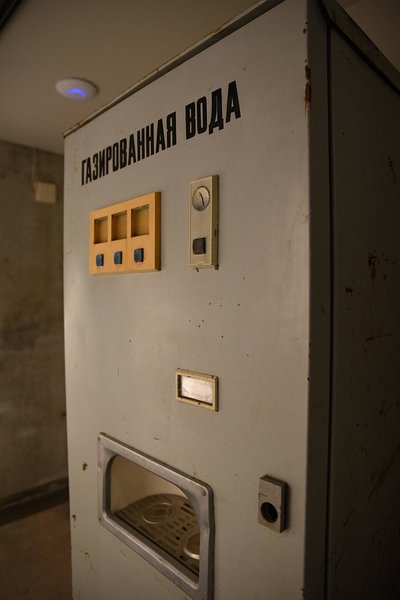 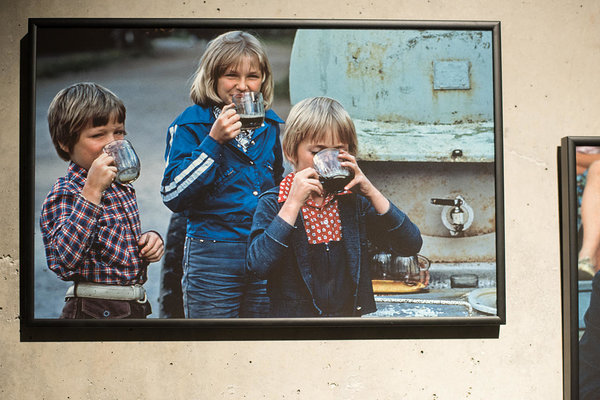 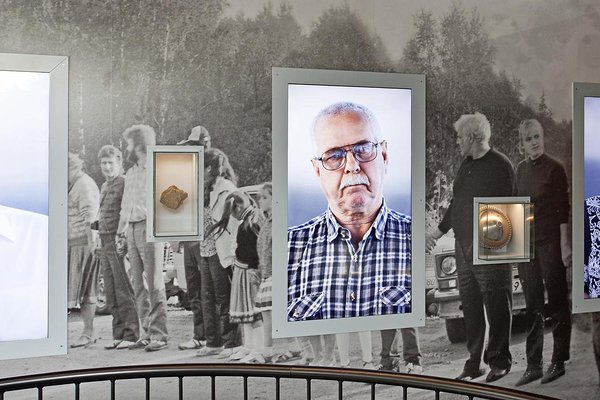 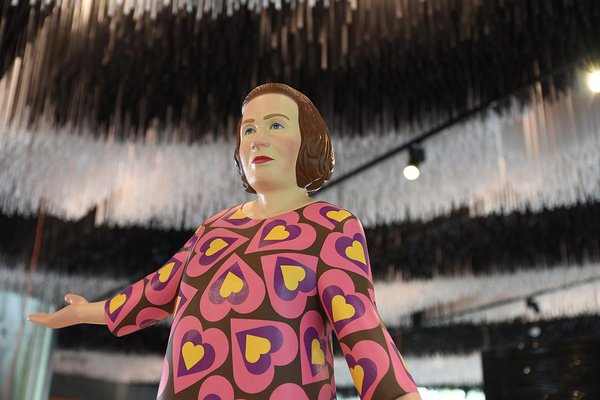 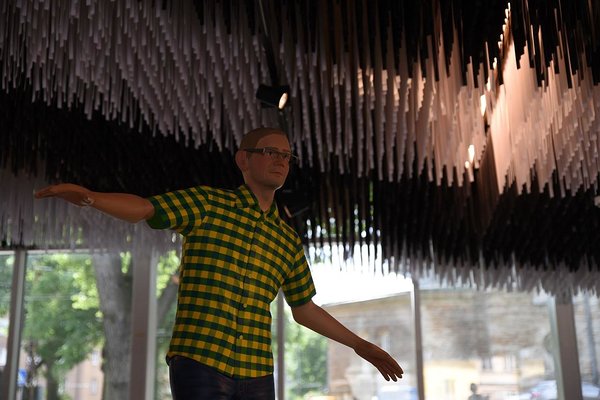 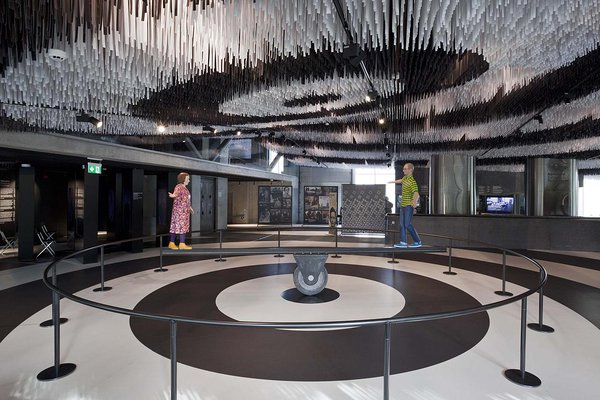 The definition of freedom is back on the agenda. What is freedom? Who defines it? How is freedom being tampered with? Does freedom have boundaries? During the last hundred years, Estonians have repeatedly experienced the fragile nature of freedom first-hand. We have won our freedom, lost it, and won it again. There have been lesser and more significant attempts to reduce and restrict our freedom – both mental and physical. It has been done by enemies, foreign and domestic. But our experience shows that freedom cannot be bound, freedom has no boundaries. The thirst for freedom is greater and stronger than any chains.

We have borrowed the title of the exhibition from the Latvian writer Nora Ikstena. The thirst for freedom is not unique to Estonians, this story does not belong to us alone. It is a story about freedom, humanity, people. Everywhere.

Objects of the Exhibition

Check out some historical objects of the exhibit

This electronic device was used by the KGB in the 70s to open envelopes with steam. All letters, parcels, packages, postcards, etc. sent to or received from a foreign country were searched or read. The most valuable contents of the parcels were often ‘confiscated’ (good cigars, coffee, etc) and half-empty parcels were forwarded to the addressee. Envelopes were opened with steam, the letters were read, and unnecessary parts were cut or splattered.

In one September evening, Urve’s mother told her: ‘I am going to tell you something that you cannot tell anybody else. We are going to Sweden tomorrow.’ Urve, who was 14, packed a little rucksack with three mathematics textbooks – she did not want to fall behind her classmates and hoped that when she would return soon and continue her studies, she would be on the same level with her classmates. The next day she sailed to Sweden across the sea, where she lived for half a century.

The book has been severed in half with an axe – someone has received an order to destroy banned literature and the most primitive solution was used to complete the task. The reason behind the chopping is quite bizarre: the author, a French biologist who had been nominated twice as an honorary member of the Academy of Sciences of the USSR, propagated eugenics in this book; however, it was the translator, Leo, who was out of favour. His translations were ordered to be destroyed.

The KGB considered typewriters to be extremely dangerous. Therefore, all the typewriters were accounted for by their serial numbers, buyers were registered, and a printing sample was taken from each machine. Thereby, it was possible to identify who copied forbidden literature, composed open letters, etc., and which machine was used. Public communication was strictly controlled and secret handwritten notes were the only method of disseminating alternative information.